When the 1976 Viking Orbiter snapped this image of the surface of Mars, scientists were understandably excited. But their reaction was nothing compared to the sensation created when the rest of the world looked at Viking frame 35A72 and saw a human face, staring out from the shadows.

The Face on Mars was an instant hit with the tabloid press and soon the subject of a dozen documentaries and hundreds of books. Even today, nearly 40 years later, there are countless websites and blogs devoted to the mystery of the ‘Martian Sphinx’. They ask: Who built it, and why? And where are they now? And why is there just this one single, blurry image of what is arguably the single greatest scientific mystery of them all? What is the government hiding from us this time?

The Truth Was Out There.

But it wasn’t the one we wanted, as the real mystery is not on Mars, but in our heads.

We didn’t get a good look at The Face until the 1998 Global Surveyor mission took a series of low altitude, high resolution images that revealed… a fairly unremarkable Martian mountain.
It seems as if, after millions of years of evolution, our minds have gotten so good at seeing patterns that we even see them when they’re not there, which might explain why we tend to see the Loch Ness Monster in a ripple of water or the Virgin Mary in a grilled cheese sandwich. Even when you KNOW this thing is a mountain you still can’t help but see The Face, because that’s what we’re evolved to do.

This illusion is so common we even have a fancy scientific name for it: Pareidolia. Given fuzzy, poor quality information, our minds fill in the gaps until we see what we expect to see. Believers see their god, conspiracy buffs see cover-ups and cryptozoologists see Bigfoot… because that’s what they’re expecting.

The old saying has it backwards: Believing is seeing. 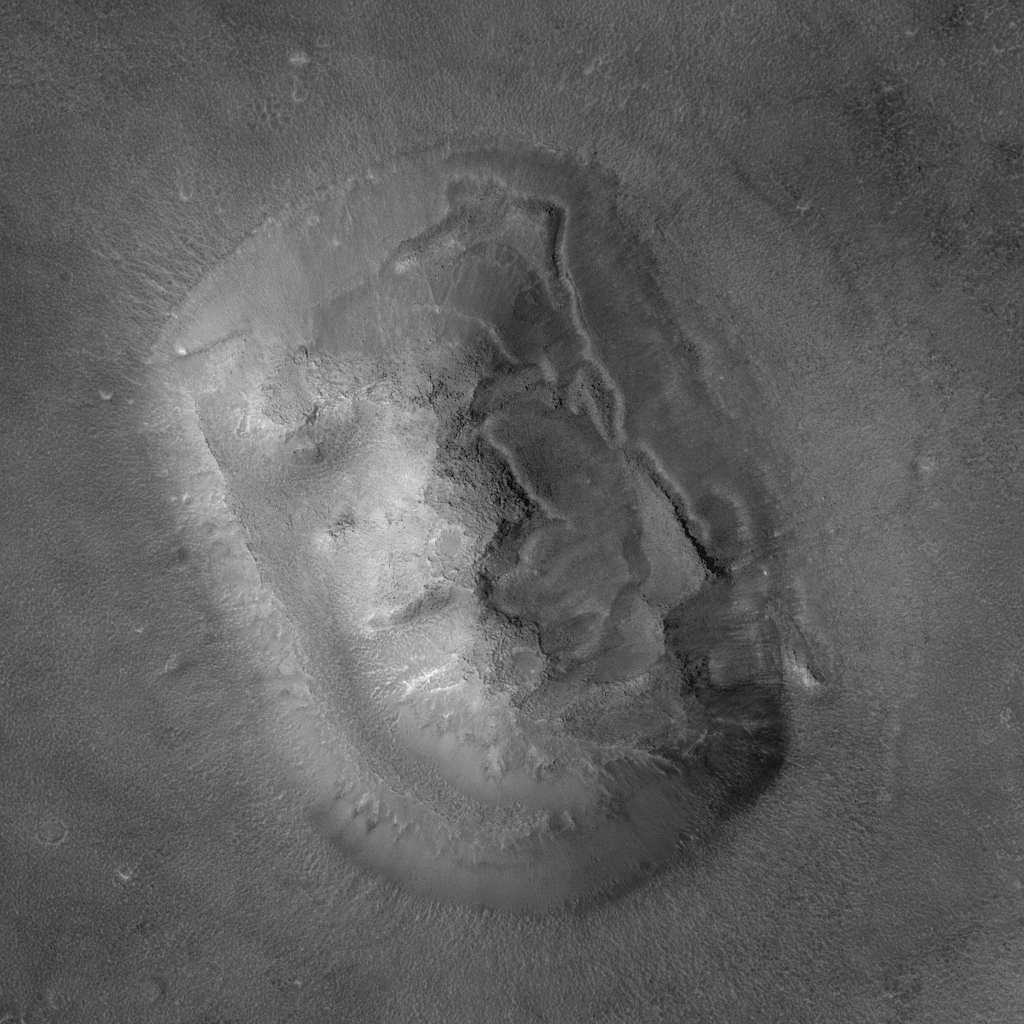