With so much talk about leadership these days, it’s amazing that almost no-one has bothered to define what the hell they mean by ‘leader’. Which might explain why just about anyone who has climbed the hierarchy to assume the title of ‘boss’ is traditionally given the mantle of ‘leader’ – despite overwhelming evidence that you can be one without being the other. 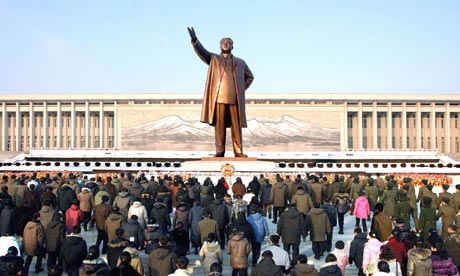 For instance, Gandhi is universally regarded as one of history’s great leaders, despite the fact that he was not the boss of anything. He held no official position, no office, title or authority yet his impact on the world was far greater than your average Prince or President, Prime Minister or Pope.

You could argue the same was true for many of the great leaders (think of Jesus, Muhammad, Joan of Arc, Benjamin Franklin, Emily Pankhurst, Nelson Mandela, Martin Luther King… or for that matter, Martin Luther himself). That’s not to say that the leader is never the boss (think of Napoleon, Churchill, JFK, Lincoln, Gorbachev, FW de Klerk, Queen Hatshepsut) but it doesn’t happen as often as we might like.

Of course, we try to forget that during elections, because we desperately want to believe that whoever we choose to call boss will actually also be a leader, even though our experience tells us otherwise.

History is filled with the names of bosses who were not leaders – think of all the monarchs, tyrants and high priests who were too interested in power and prestige to address any of the major challenges of their time. Having won the seat of power, it turns out they only wanted to put their feet up.

Bosses protect and maintain the status quo; that’s because they’re evolved from managers, people devoted to efficiency and stability. Leaders are a different kind of animal, more likely to question and even destroy the status quo, as their devotion is to change and progress. They’re reformers, not conformers, which is why organisations that have rebadged their all their senior managers as ‘leaders’ simply don’t understand the difference.

Now we’re clear about what is and isn’t leadership, take a look at our current crop of ‘world leaders’ and their apparent inability to solve problems, resolve conflicts or agree on anything important; is it possible we’re not being lead so much as managed?

That would explain a lot of things.