When two conflicting ideas lock horns it’s a good time to step back from the battle and invent some fresh possibilities; if neither option generates enough support to survive a vote then it’s a sure sign we need better ideas.

But that takes time, enthusiasm and fresh brains (things you don’t often find in people who are exhausted after a protracted fight) which might be why most battles of this kind opt for the ‘middle road’ compromise in which nobody has to lose out because nobody actually gets what they want.

Once upon a time, Australia was a nation without a capital city, even though it had two excellent contenders for the title; a simple coin toss would have given the young country a world-class capital. Unfortunately, neither Sydney nor Melbourne was prepared to forego the honour; it was a classic deadlock, pure and simple.

But rather than come up with better solutions, Australia chose a site halfway between the two cities, literally in the middle of nowhere. 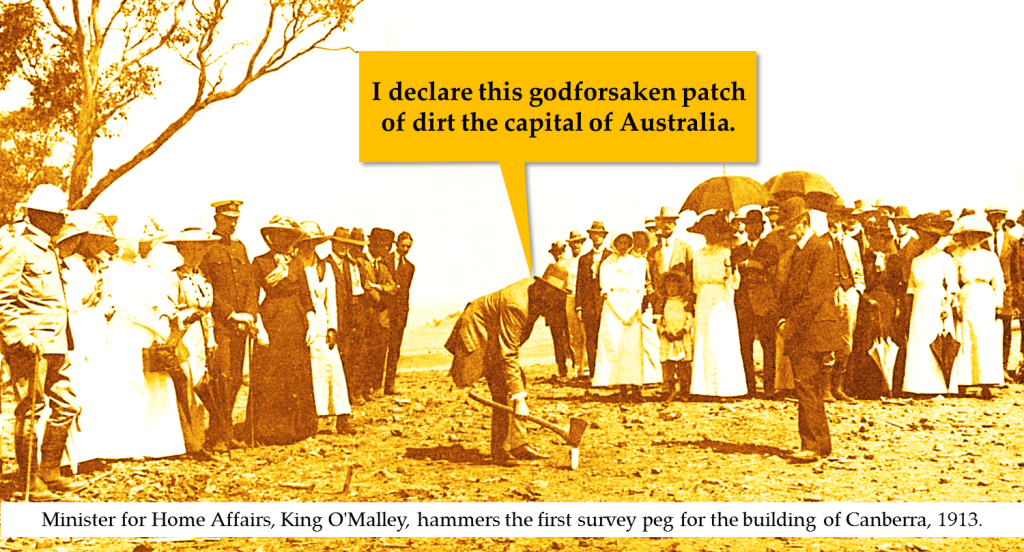 A city with no good reason to be where it is, Canberra is a fitting monument to stubbornness, a powerful reminder of the kind of mediocrity you get when there are only two sides and neither knows how to step back and think again.

It’s how Canberra began, it’s how it works… and why it doesn’t.

There are One Response to this post. Jump In!