Recently, a dear friend of mine was enjoying a bit of a rant:

‘Everyone’s out for themselves’ he yelled, ‘no-one gives a damn anymore’ and although I admired my friend’s passion I knew that Aristotle had proven him almost certainly wrong, some 25 centuries earlier.

Aristotle suggested that almost anything anyone might ever say is likely take one of four basic forms: 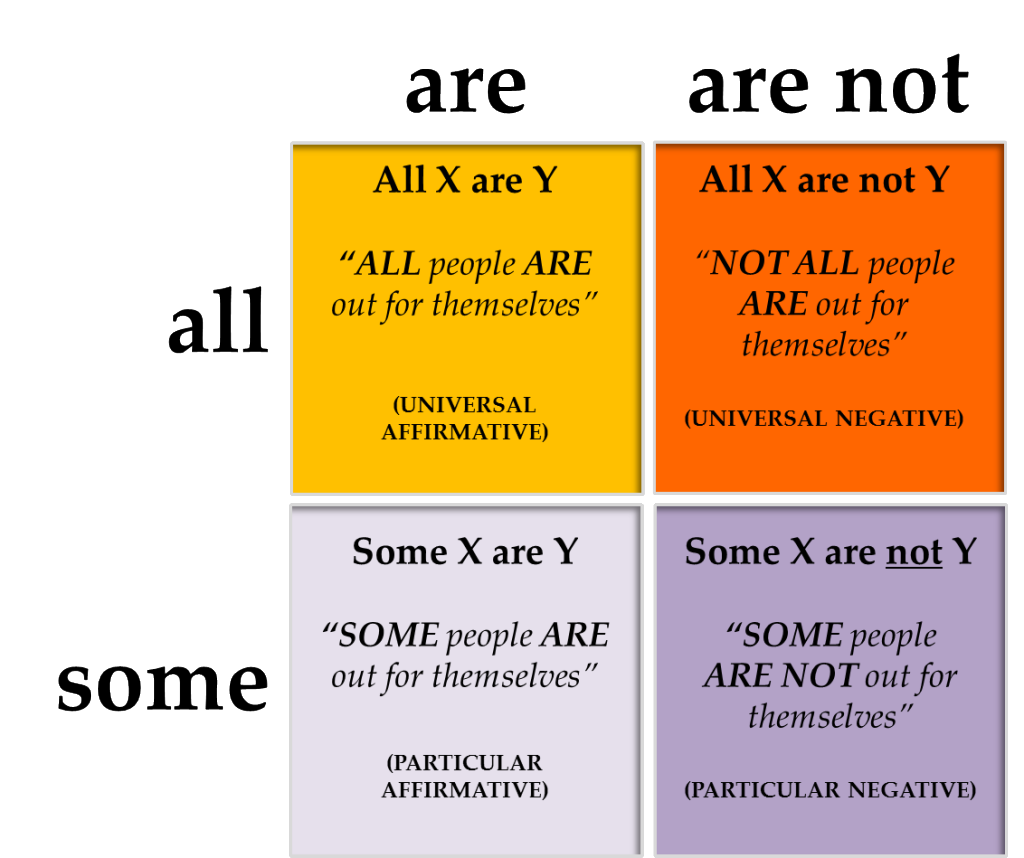 Of course, some universal propositions are true by definition; all bachelors are unmarried and absolutely no reptiles are xylophones… because (no matter how hard you look) there really are no exceptions to be found.

But whenever you hear people say things like ‘everyone’s out for themselves’ or ‘nobody gives a damn’ it’s important to note they are making a very specific claim, one that is actually impossible to prove and ridiculously simple to disprove.

And (believe it or not) some of us actually give a damn.