I saw it on a fuzzy black and white television from across a crowded primary school assembly hall. I knew something very important had happened during the night and now the entire school was squirming and jostling on the hard timber floor, straining to get a look at… whatever that something was. 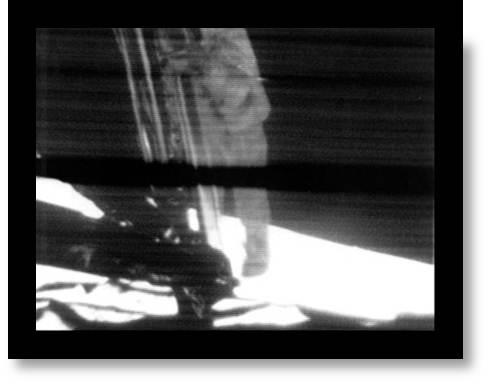 He was just a blur, a ghost. A grey smudge bounding slowly across a black landscape.

But this was not a feast for the eye, but for the mind. It shattered my assumptions about what was possible, challenged my beliefs about humanity and gave me a future to believe in. It shaped my personality, it determined my worldview.

That one small step blew my nine-year-old mind into so many pieces, I was never the same again. Because from that moment on, I knew that people could accomplish just about anything if they really put their minds to it.

Even after all these years that realisation continues to power my faith in human creativity and ingenuity, my respect for science and rationality and my unshakable belief that the future is whatever we make it.

So long Neil. Thank you for teaching me who and what we really are.