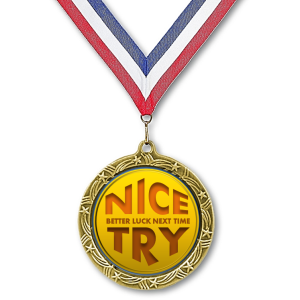 There are obvious exceptions of course; scientists know failure can be a breakthrough in disguise; as Pasteur put it: ‘A discovery is an accident meeting a prepared mind’. Einstein had the same attitude, saying “Failure is success in progress” and Nobel Prize winning physicist Richard Feynman confessed “In order to succeed, I try to fail as quickly as I can.”

Entrepreneurs and innovators don’t seem spooked by failure either; when Richard Branson said “Don’t be embarrassed by your failures. Learn from them and start again” it reminded me of Henry Ford’s “Failure is simply the opportunity to begin again” or Soichiro Honda’s “Success represents 1% of your work which results from 99% called failure.”

My favourite is still Edison’s:

Ask any great artist or athlete or leader: they’ll tell you the same thing. Failure is not only an option, it’s the key to learning. Watch any baby taking its first steps – so long as the parents are still cheering the kid will just keep getting up and trying again.

Nothing worth doing ever worked the first time. Most great things don’t work the first few dozen times; as Churchill put it: “Success is stumbling from failure to failure with no loss of enthusiasm.”

Maybe it’s not failure we fear but the blame and ridicule that usually come with it.

Perhaps that’s something we might all try to do without.