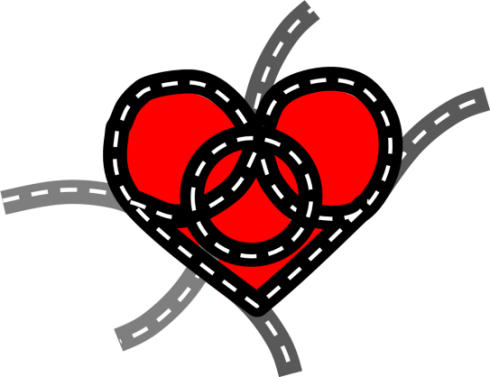 A cardiologist once explained to me that there was only a finite number of things that could go wrong in a heart; the pipes could get blocked, either by a clot or by a build-up of muck, or they could spring a leak. The blood could run too fast, too slow, too thick or too thin. As he saw it, his job was to find and repair the fault to restore a nice healthy flow through the system.

A few weeks later, I overheard a group of city planners discussing a traffic problem. A main arterial road was clogged by a build-up of trucks, forcing smaller vehicles to look for a short cuts, causing traffic to leak into residential side streets. The question at hand was: should they widen the arterial to lower the pressure on the narrower side streets or should they cycle the traffic lights to thin the flow of vehicles?

That’s when I wondered if they should ask a cardiologist. Or for that matter, a plumber.

You’d expect that a stream of any kind (be it blood, traffic or sewerage) moving through a channel of any kind (vein, road or pipe) would produce a finite number of effects: blocks, spills, leaks, pressure changes etc. And you’d probably discover that those effects happen for a finite number of reasons: too much/not enough or uneven distribution of flow, pipe too thin, too thick, too weak, too hard or just plain twisted, etc.

Ok, here’s a thought: if all those causes and effects were that predictable, is it possible that the solutions would be just as obvious? Regardless of the context, you’d probably want to remove a blockage, clean up a spill, plug a leak and/or regulate a pressure to whatever worked best. You’d widen any thin bits, strengthen any weak bits and straighten any twisted bits.

So does it matter whether we’re talking about a heart, a freeway or a drain? Maybe not.

When surgeons place a stent in a collapsed blood vessel, they’re widening the road. When traffic managers increase the frequency of stop lights at major intersections, they’re applying blood thinners to a congested stream. (Remember, the road guys borrowed the notion of ‘arterials’ from the heart guys, who borrowed the concept of ‘bypasses’ from the road guys).

Many of history’s greatest innovations have come from an abstract connection between two previously unrelated disciplines. It’s almost as if a magical pipeline suddenly appeared between different worlds, allowing the ideas and techniques of one to flow effortlessly into the other.

This flow allows us to imagine what a plumber might do with the concept of ‘pacemaker’ or what the notion of ‘peak hour’ might suggest to a surgeon. It makes us wonder how might traffic managers adapt the idea of ‘triage’ to prioritise the flow of vehicles or what would happen if they were to pinch the idea of ‘holding patterns’ so favoured by air traffic controllers.

To the highly trained mind, this kind of lateral thinking looks like a mysterious gift of genius.

To us, it’s just glorified plumbing.