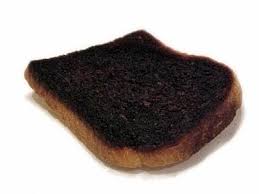 Innovate or we’re toast in 10 years!

So said Ian Narev CEO of Australia’s largest bank last week. The CBA approach to innovation seems textbook, the boss says we must do it and the company creates a ‘lab’ to stimulate it, surely it will happen.

Except that the boss (as he admitted) won’t be the one to have the next big idea, it will most likely come from the fringes, and perhaps the people at the fringe won’t be invited into the lab.

Except that the people in the lab are probably there because they are amazing performers, experts in the way things are which makes it incredibly difficult to develop novel, scary and risky ideas that will make the current model irrelevant in 10 years.

In our search for the repeatable innovation outcome, we look at how other companies do it, we create mechanised processes, we look for a magic formula and in the end we eliminate the magic altogether.

Innovation must start with creativity, with fooling around, with not worrying about the consequences, with not being tied to the current way and having a whole lot of fun.

And perhaps the coolest thing that the CBA could do right now is pretend that the company is already toast in order to free people up to find the next big thing.