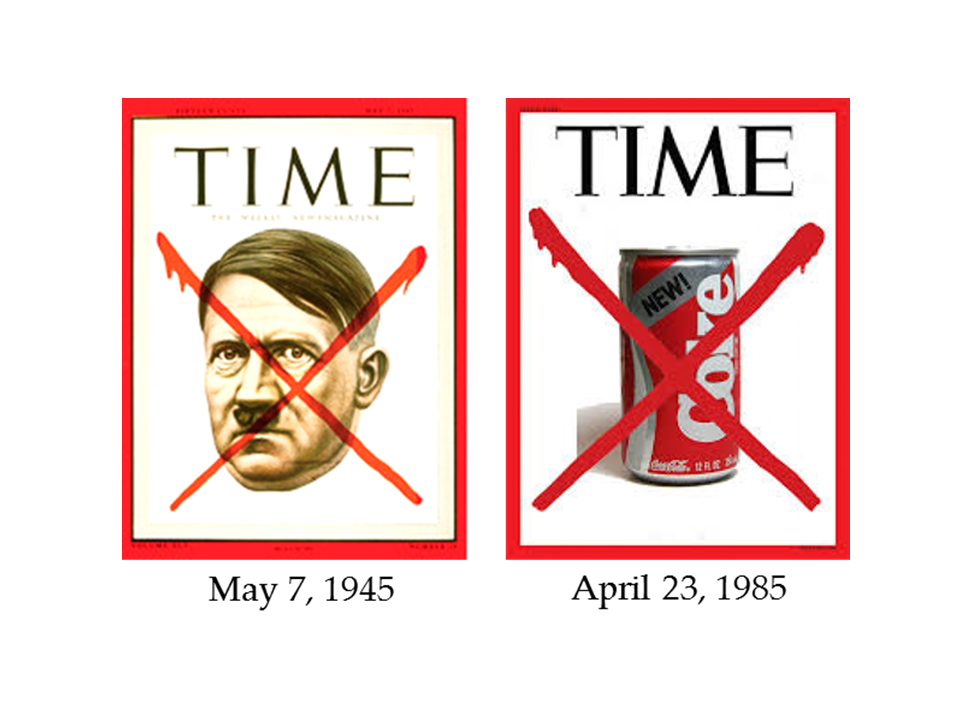 Corporations crave our devotion; they want us to desire their products, adore their brands and literally wear their logos over our hearts.

But that kind of love can turn nasty.

In 1985 Coca-Cola announced plans to retire their original formula to make way for New Coke, a move that generated so much anger and protest that the cover of Time Magazine gave New Coke the exact same graphic treatment it had previously reserved for Hitler.

Love can be jealous, possessive even controlling; just the suggestion of tinkering with what had been called ‘The Real Thing’ was punished as a heinous act of betrayal.

Remember Vegemite iSnack2.0? In a failed attempt to win a younger demographic, it horrified its traditional customers who reacted as though their most precious childhood memory had been violated.

How can you innovate if everyone loves you just the way you are?

Brands that enjoy a cult-like following know the downside of The Love Trap; love is not looking for change. It doesn’t want different and it won’t tolerate experimentation.

Whether it’s a fresh take on Jane Austen, a Star Trek prequel or the Next Taste Sensation, the market response is usually the same:

If the Old Thing was the Real Thing what the hell is this New Thing?

Of course, all this assumes innovation is just about products; it neglects all the myriad of invisible things that shape any business; think of all the processes and policies, all the systems of production and distribution, all the approaches to marketing, pricing or even the business model itself.

If you’re in the mood to innovate take a good look around… you’re bound to notice all sorts of outmoded and inadequate practices and approaches in desperate need of a rethink.

As the old saying should go: if it ain’t broken… find something that is.