With all the recent excitement around innovation it might be a good time to revisit our old friend, the HYPE CYCLE. 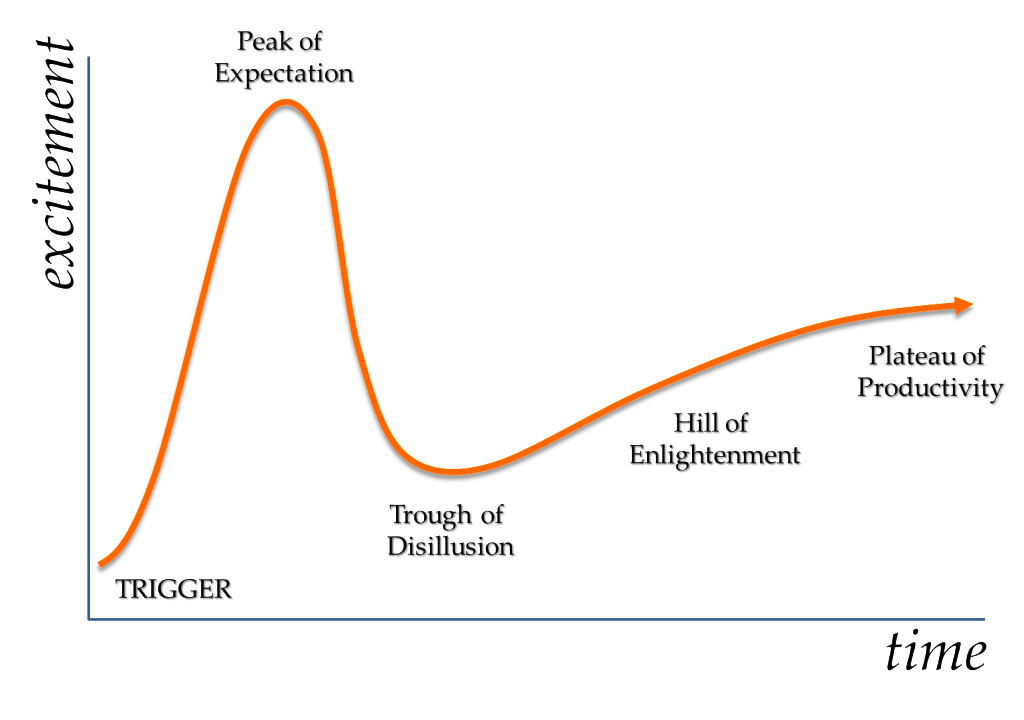 Invented by the Gartner Group of Stamford, Connecticut, the Hype Cycle neatly predicts our evolving attitude to new ideas; in the case of innovation, it’s a cycle we’ve all seen before.

It begins with the Trigger: be it a discovery or opportunity, threat or crisis; whatever it is gets everybody thinking and talking and (before long) very, very excited by new ideas.

Welcome to the Trough of Disillusion. Turns out this thing was a lot easier said than done. Inventors fail, investors bail and the rest of us write the whole thing off.

But some make the slow climb up the Hill of Enlightenment; fresh minds uncover the true value of the idea: not the instant miracle we wanted but extremely promising long term.

Things really pay off at the Plateau of Productivity. Everybody’s doing the brand new dance now and the real benefits are becoming obvious to all. Soon we take it for granted and wonder what the fuss was all about.

That’s usually how it goes. But we think there’s a faster route.

Behold! The Shortcut of Sanity! 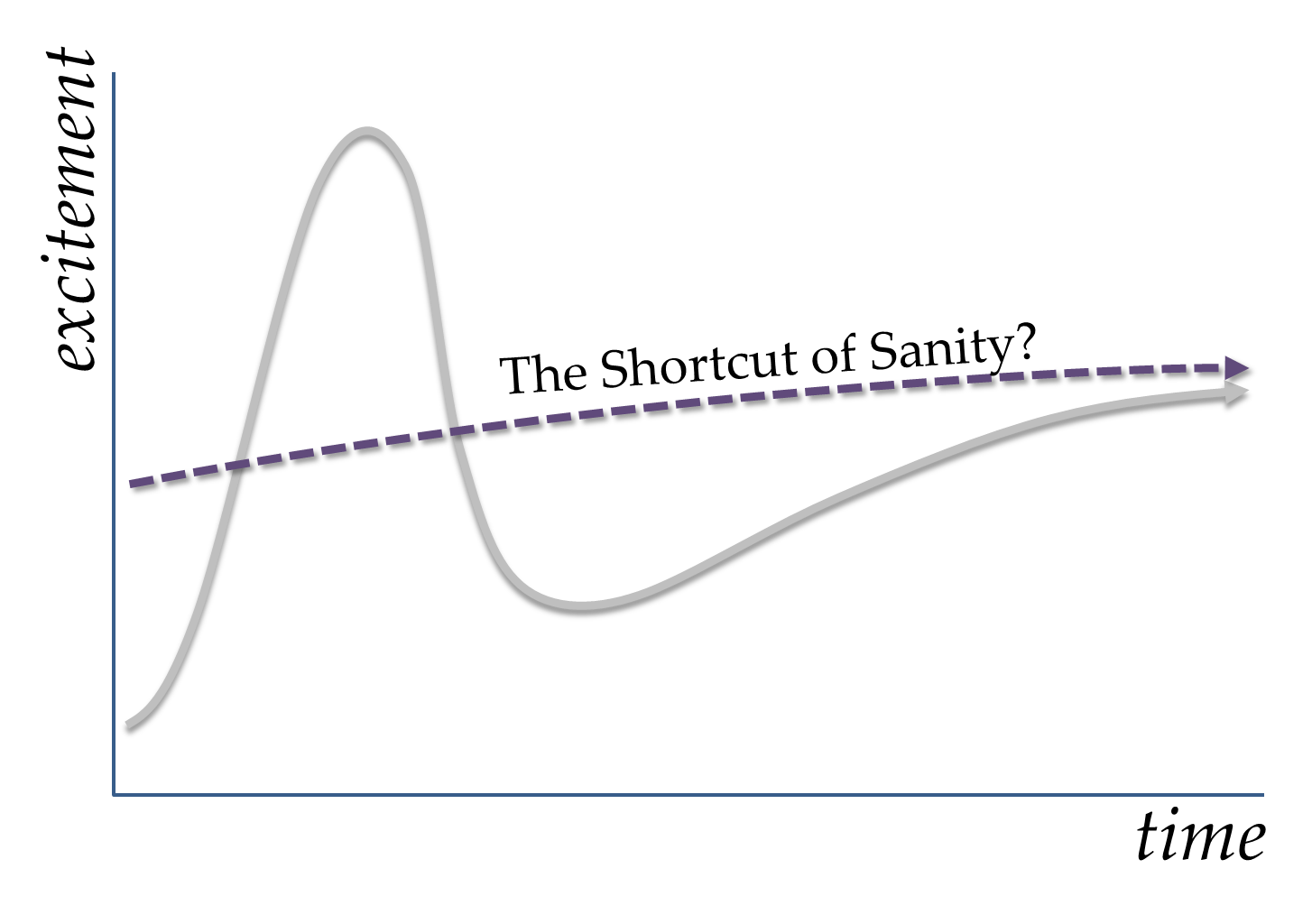 See the possibilities before the trigger alerts the rest of us, disbelieve two-thirds of everything you hear during Phase Two, stay positive and curious during the trough and you’re instantly halfway to the plateau before anyone else.

Why cycle when you can fly?