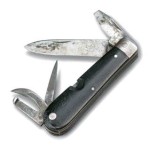 In 1891, the procurement department of the Swiss Army took delivery of a brand new invention: a pocket toolkit that combined a knife, screwdriver, spike and tin opener into a handy little ‘Officer’s Knife’. It was small, light and sturdy and a big hit with the troops. It quickly became standard issue and in 1902 the manufacturer added a saw, tweezers and even a pair of scissors. 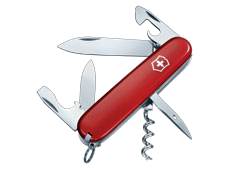 By the time they added a nail file in 1942, everybody who saw one, wanted one. After WWII the ‘Swiss Army Knife’ became the indispensable companion of every working man. And every year the product just got better.

In 1991 Victorinox launched the ‘Swisschamp XLT’; with a whopping 33 functions it became (and remains) the company’s bestselling knife of all time. It was over twice the size and weight of the previous bestseller but still easy enough to manage. 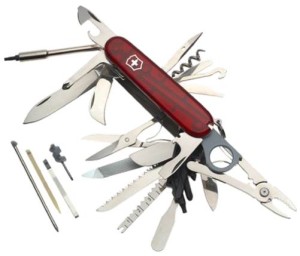 They added an electronic altimeter in 2000 and a USB stick in 2005. And then in 2006 they created ‘The Giant’; incorporating every tool and blade they’d ever made, a record breaking 85 tools. At 1.2 kilos it was over 10x heavier than the classic knife and nearly 20x thicker, too big to handle. 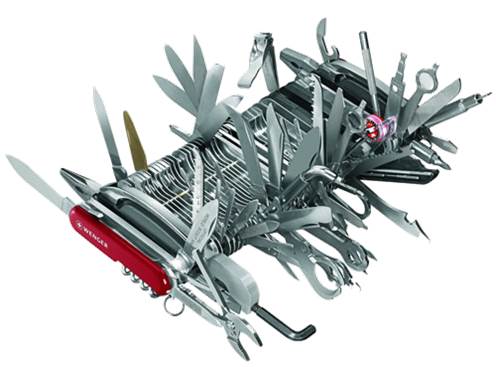 And that’s when they learned that the simple strategy of adding more features and functions will improve any product or service up to a point, but there’s a fine line between sophisticated and complicated, between elegant and irrelevant, between brilliant and dumb.

Surveys show that most of us use less than 10% of any electronic device in our home or even realise what half of any of it does. It’s a classic principle of design: you can’t keep applying the same trick forever and expect it to work every time.

Put that in your pocket!